FAVOURITES FROM THE CLASSICS (Series)

In 1990, RD UK looked at the 1989 German success with the “Klassische Kostbarkeiten” series of classical releases. Originally released on vinyl in ‘87, the collections were now 3CD sets and issued at regular intervals to subscribing customers, each set featuring a leading classical composer, and presenting sometimes complete works, rather than the edited highlights for which RD had recently become more popular with their audience.
After the inevitable elongated period of market research, in 1991 the British RD decided to release their own “Favourites From The Classics” series, which was to run for 25 editions making it the longest running series released by RD. Taking a softer approach to their German counterparts, they lost the image of the composer and the ‘high-brow’ classical look that the Germans had used, and went with a simple silk background underneath a bold composer name check. The colour of the silk changed with each edition. Johann Strauss was the most popular composer to UK markets in research, and so it was this that was to launch the first of several series in the UK.
The series was subsequently picked up by the USA who went even further with ‘softening’ the concept by adding several volumes of multiple composers to replace the less ‘well known’ composers of the UK series.
Other editions were released throughout the world based on either the UK or German concepts including France, South Africa, Australia, Poland & Canada.
Many countries also reissued the collections with different designs and different configurations, to capitalise on the original success of the series. 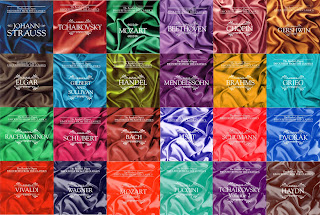 ORIGINAL US SERIES ‘Favorites From The Classics’ (1993) 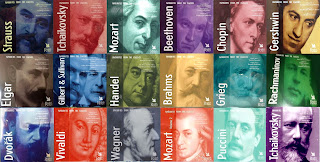 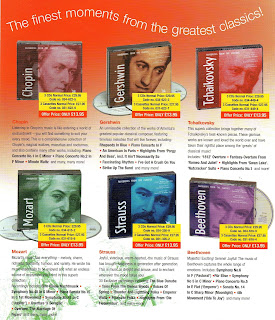 Email ThisBlogThis!Share to TwitterShare to FacebookShare to Pinterest
Labels: Classical, Favourites From The Classics 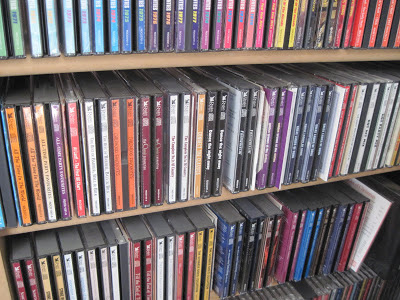